CEUS in the Evaluation of Treatment Procedures

Scrotal varicocele in older patients: should we search for a renal tumour? [Jul 2016]

Scrotal varicocele in older patients: should we search for a renal tumour? 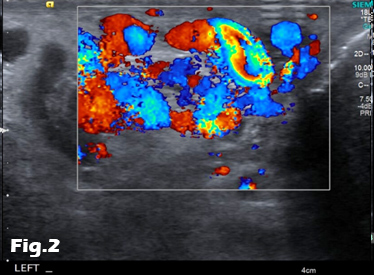 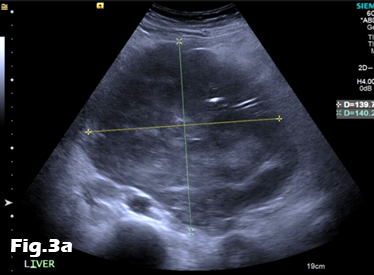 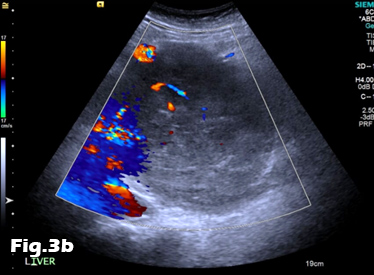 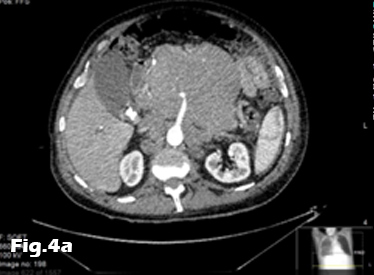 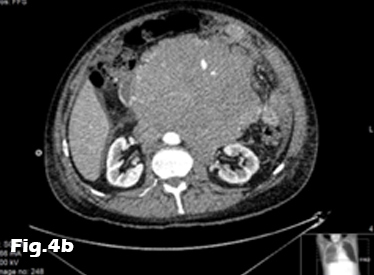 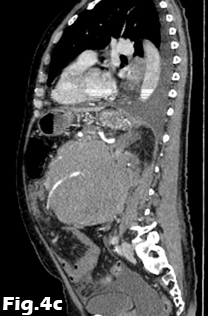 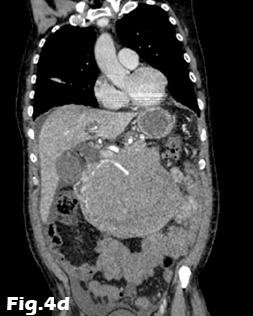 A varicocele represents a common ultrasonographic finding especially in infertile men. A varicocele has been previously suggested to be a manifestation of a renal or other retroperitoneal tumour, making it reasonable to routinely scan kidneys in every patient with a varicocele. However, there is limited evidence to support this suggestion, as a varicocele presents at late stages of such tumours that usually have already manifested with other symptoms. Although the coexistence of retroperitoneal tumours and varicocele is extremely rare in young patients, this coexistence may be more significant in older patients with varicocele of acute onset, as it is the case in the patient presented. In this patient group, scanning the retroperitoneum could potentially be of value.

3Discussion
The term varicocele is used to describe dilated venous braches of the pampiniform plexus within the spermatic cord. The exact cut-off value for characterizing dilated veins as varicocele has been traditionally set to 2 mm. Newer studies however suggest 2.7 mm for sub-clinical and 3.6 mm for clinical varicocele. On ultrasound, a varicocele appears as numerous serpiginous anechoic tubules situated posterior to the testis and being easily compressible with the transducer. When the patient stands upright or performs the Valsalva maneuver, these venous branches may be even further dilated. As much as 90% of patients are affected on the left side, whereas a quarter of them bilaterally. The reason for the left predilection is that the vein draining the plexus, the main testicular vein drains into the renal vein at about 90o on the left and into the inferior vena cave, at an oblique angle on the right. Varicoceles may cause pain and scrotal oedema or remain asymptomatic and incidentally found in patients with sub-fertility. From a pathophysiological point of view, a varicocele can be caused by incompetent venous valves, compression of the left testicular vein between the superior mesenteric artery and the aorta or within a retro-aortic left renal vein, venous thrombosis or tumour invasion and extrinsic compression by abdominal tumour. A diagnostic approach widely favored by clinicians entails ultrasonographic examination of kidneys and retroperitoneum in patients with “newly” identified varicocele. The basis for this approach is that a varicocele could be caused by compression of testicular veins by renal or retroperitoneal tumours. [1] The highest reported prevalence of varicocele in combination with renal tumours was 11.4%. [2] However, it should be kept in mind that in nearly all the published cases, the varicocele was detected at a late stage, when the tumour itself could be palpated. [2] In another classic paper discussing this subject, all patients had other symptoms suggesting the presence of tumours, earlier than the diagnosis of varicocele. Varicocele was the presenting symptom of renal tumour in only 3.3% of patients or even 2.3% in newer series. [3,4] As a consequence, it can be concluded that varicocele caused by retroperitoneal tumours generally appears at later stages, when the tumour should have already manifested with different symptoms. It is thus associated with poor prognosis. [1] The lack of causality between retroperitoneal tumours and varicocele could be further illustrated by the contrast in their frequencies. Renal and retroperitoneal tumours are rare (13.4 and 0.3 per 100.000 per year respectively), whereas varicocele affects 8-22% of males and 40-75% of infertile males. As a consequence, the association of varicocele and retroperitoneal tumours is weak. [1,4] When varicocele is indeed caused by a retroperitoneal tumour, it is expected that the tumour should be large enough to have already manifested with other symptoms, before causing the varicocele. As a result, there is no strong evidence to suggest routine examination of retroperitoneum in patients with varicocele, especially in the younger age groups. When it comes to patients older than 40 years though, a newly symptomatic varicocele could be more likely caused by an advanced retroperitoneal tumour. It is estimated that approximately 77 patients present every year in the United Kingdom with a varicocele of acute onset, as a result of a renal tumour. However, it is very likely that these tumours will have already manifested with other symptoms. This fact highlights the importance of detailed clinical history and examination. [1]
4References
1. El-Saeity NS, Sidhu PS. "Scrotal varicocele, exclude a renal tumour". Is this evidence based? Clin Radiol. 2006 Jul;61(7):593-9.
2. Bate J. Symptomatic varicocele. J Urol 1927;18:649—61.
3. Spittel JA, DeWeerd JH, Shick RM. Acute varicocele: a vascular clue to renal tumour. Proc Mayo Clin 1959;34:134—7
4. Skinner DG, Colvin RB, Vermillion CD, Pfister RC, Leadbetter WF. Diagnosis and management of renal cell carcinoma. A clinical and pathologic study of 309 cases. Cancer 1971;28:1165—77.
5Figures
Figure 1:Scrotal ultrasound showing left sided varicocele.
Figure 2: Colour Doppler imaging demonstrating reversal of flow during Valsalva manoeuvre.
Figure 3:A, B: Abdominal ultrasound images revealing the presence of a heterogeneous epigastric mass demonstrating internal vascularity on Colour Doppler imaging.
Figure 4: Contrast-enhanced CT of the abdomen demonstrating the retro-peritoneal mass. Axial images (A, B) of the retro-peritoneal mass encasing the superior mesenteric artery. Sagittal reformatted image (C) of the retroperitoneal mass demonstrating the superior mesenteric artery encasement, the extent of the mass and pleural effusion. Coronal reformatted image (D) of the retroperitoneal mass. Note is made of fluid in the perihepatic space and within the pelvis. 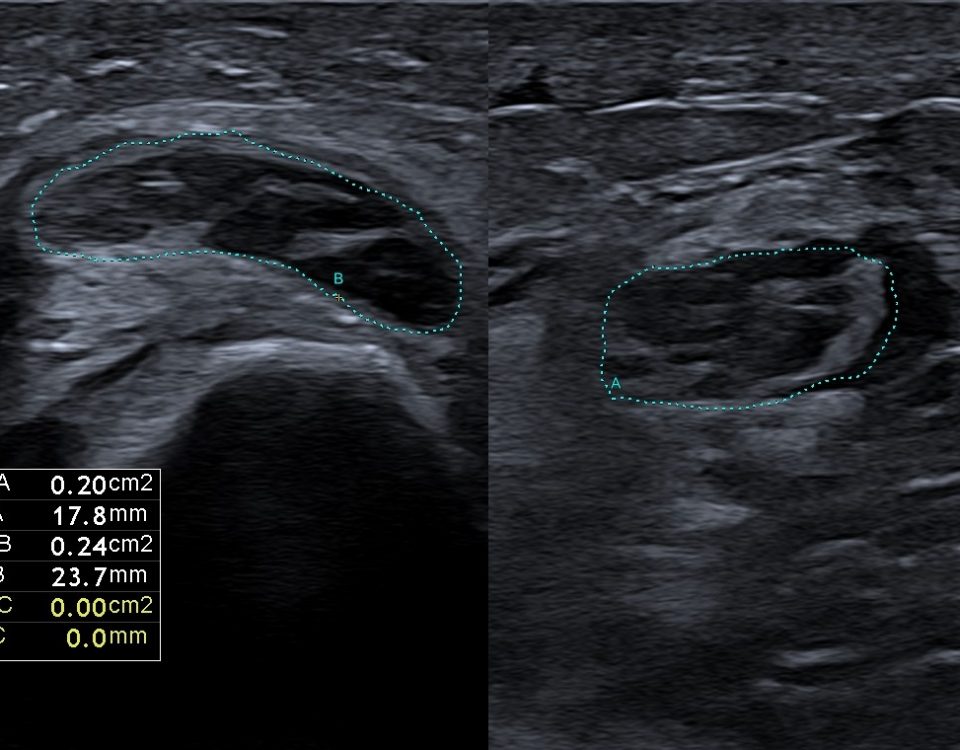